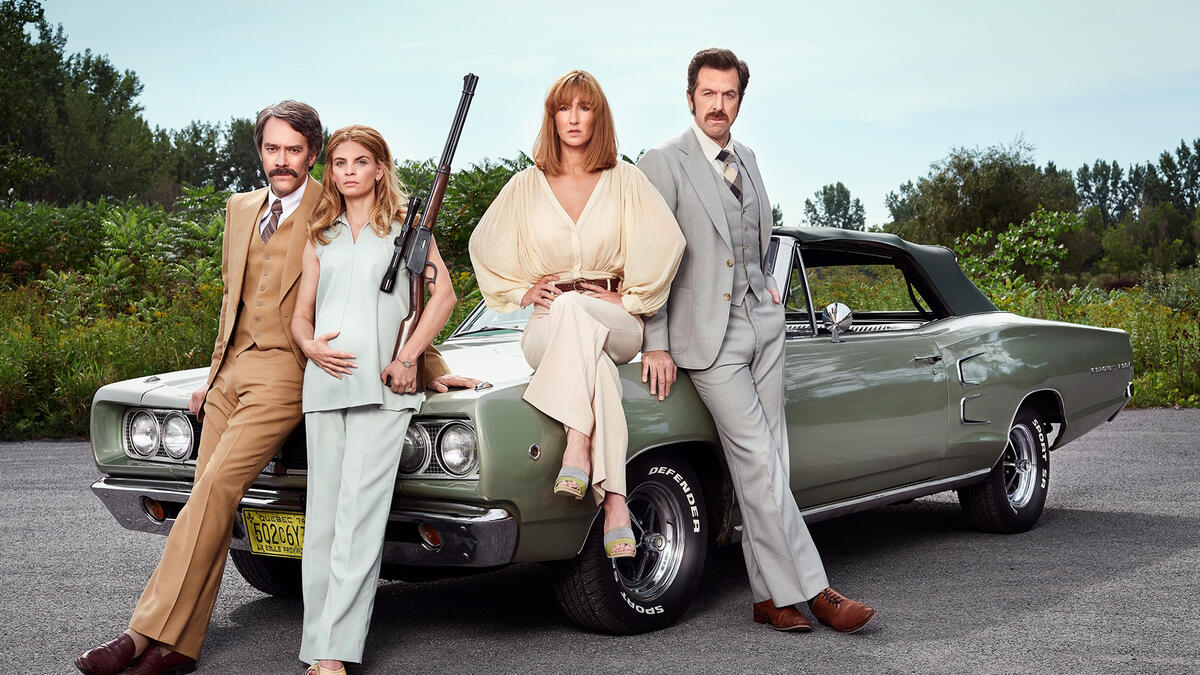 February 10th 2020
When we heard that we would be taking care of the color grading on Jean-François Rivard's next TV series DoP Barry Russell and our colorist Martin Gaumond immediately started searching for the lens combination to complement the Alexa Mini and eventual color treatment.

The series, set in 1970s suburbia of Quebec, had stylistic call backs to the great films of that era. From the outset, we knew the series should have a hint of vintage all while staying modern.

We set out to find a vintage glass selection for the series and tested each lens on the characters and lighting conditions the series would be likely to have. Along with the director Jean-François Rivard the selection was narrowed down to a handful of vintage sets. A few test scenes were shot with each set of lenses so that we could then bring those scenes into color grading and determine the correct combination to shoot the series with. From there, we narrowed down the selection to two sets: the Super Baltars and the Zeiss Standard Speeds.

The next step was to shoot and examine the more technical sides of each set. Various test charts and light scenarios were shot in order to really determine all the characteristics of each lense in each set. Since the glass was of an older generation of optics, we had to make sure the focus marks, resolve power, color tints, and vignetting were all within manageable limits.
All our tests eventually lead us to the Zeiss Standard Speeds. They offered better resolve power than the Super Baltars and had more predictable properties overall. Any other desirable element the Super Baltars could offer could be recreated in post.

With the lens being chosen next up was creating a shooting LUT for the series. It needed to be a LUT with a decent vintage look that worked in many shooting situations. Both the colorist and DoP created 6 custom LUTs ranging from dark to light and warm to cold.

Once in grading, we re-used these LUTs as a base for the grading and built up the look from there.

Here is a quick synopsis:

In 1974, in a quiet suburb of Quebec City, two couples in crisis realize that their relationships are falling apart. Infidelity and betrayal are exposed and a sequence of unexpected events will transform both couples into murderers.

Head over toTou.tv to check it out now!

A Taste of Marley